We are following ADA guidelines and are open for emergencies on an on-call basis. No elective or preventive services until further notice. We are taking this all week by week and evaluating what’s best for our patients and team.

For more info check out this video.
Browser Warning

You are using a web browser that may not support the design features on this site.

For the best experience, please switch to another browser. We recommend Chrome or Firefox. 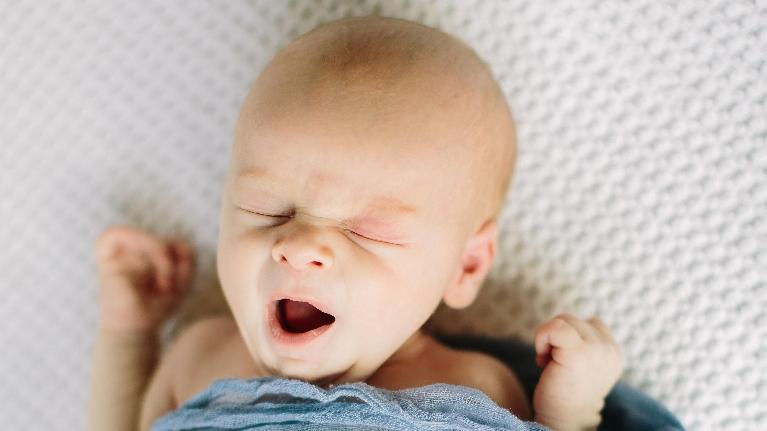 Meet Richard Hugh Sullivan, V or Hugh as he is called. Hugh is Dr. Sully’s son and Dr. Rick’s grandson and namesake. When Hugh was born, like a lot of newborns, he had trouble nursing. Well, it turns out that Hugh was not only tongue-tied but also had a really strong maxillary frenum that was affecting the way he latched onto the breast.

After confirmation from Hugh’s pediatrician and the lactation consultant, Hugh was sent straight to our office to see Dr. Rick. You never think it will happen to your own family, but sure enough, it is what he needed.

At our office, we utilize a water laser to release the tongue and the frenum. By using a water laser, the tissue is cooled, and post-op is relatively easy on babies. The benefit of the laser is not only speed but also only results in minimal bleeding.

At just 5 days old, Hugh got his tongue released and his maxillary frenum released. It took all of about 5 minutes, most of which was the time allowed for the topical numbing to soak in. Hugh’s mom felt immediate relief and now Hugh has a much easier time getting a latch. If you or someone you know is having trouble nursing make sure to take a look at the babies tongue and frenums. A quick visit to Dr. Rick could make a world of difference for momma and the baby!

Related Services: Lip & Tongue Tie
Return to Blog Homepage
Chat software by BoldChat
Follow us on TwitterLike us on FacebookWatch our Youtube VideosLeave a Google ReviewPin us on PinterestVisit us on Yelp
If you have difficulty using our website, please email us or call us at (615) 373-1012
View the ADA Accessibility Statement
Turn on ADA Views
Contact Us Today
Give Us A Call
Sullivan Dental Partners - (615) 373-1012
Send Us an Email
Expanded Details View
This Patient's Experience
Loading Testimonial...
Loading Case...